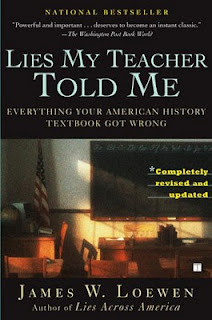 Everything seems to come in cycles.  Well, in this case, it's a cycle with one enormous perturbation.  Today's Tea Party Republicans may seem to be revanching the traditional American values of hard work, technology and advancement, the ideals of freedom, free-trade, etc.  However, these ideals have always proven illusory or loosely idealistic.  They can be used to support almost anything.  They seldom take everything into account, allowing conservatives to focus upon specific aspects of life that are conducive to the production of profit while they leave behind essential aspects of life that build a future for the entire culture as a whole.  Yes, this sounds socialist, but hasn't it always been so?  Socialist ideas are not filthy.  You have them all around you… the postal service, Medicare, Social Security, veteran's health care… we've found it better to construct social programs to provide for when we can no longer fight the battles that American life demands of us.  We do not wish to be gunned down by the younger, faster, more agile gunfighter or its cousin, the corporation.  We want security as we grow older and have learned to depend on social programs to help us in these twilight years.  We desire comfort after our travails.

Furthermore, we need social services everyday... the post office is not run for profit and it runs pretty smoothly.   Education and Health care could also run smoothly without profit.  Conservatives would have us believe that only private enterprise can do this for us, but history proves them wrong.  More regulation/laws/legislation, not less, protects us from them.  And, we need it because we do not have the money to stop them from taking advantage of us otherwise.  The corporate world WILL do this and we all know it... even though we claim in public that God won't let them.  We're afraid of being wrong and the illusion of our defense has never worked.  It only made us feel better in the short term.  History tells us that this has happened before the Great Depression... but, were we alive then?  How could we know that it happened?  That's right... history books.  They might have told us, but they usually didn't.  They were dumbed down.  Corporate publishers didn't want it widely known.  Scholars have always fought with publishers about what they were able to print... what was truth and what was... sort of the truth... revised and edited. But, you know, we've always suspected the truth... and we ignored history in school because it just didn't fit the corporate "version" that claimed capitalism to be the Almighty.  We were afraid to find out otherwise.  James Loewen tells how his was dumbed down by the corporate world and how socialist ideas have always been with us in his book, Lies My Teacher Told Me.  This is very interesting reading!
Businessmen of the past often began their lives in a supercapitalist fashion of fast cars, fast women, fast money, paying low wages, trimming employee benefits, and undercutting competition -- similar to Newt Gingrich.  lol  Rich guys horde their cash... they don't put it back into the economy where it actually would stimulate it.  They keep it in bank accounts and pay 15% taxes on capital gains, which also doesn't help our economy.  Rich people today are our economy's worst nightmare!  You've heard much about the Koch brothers' takeover of the political process.  They would have us return to the days of Calvin Coolidge, the roaring 20s, when children worked in factories and many died as a result of neglect and disdain.  That generation learned a lesson... but they died.  History could have told us that corporate policies were like this, but we weren't listening...

History was considered useless, although studying real history could have informed these capitalists of the moral pitfalls that they were approaching in their gold-plated world of greed.  Mike Wallace, in Mickey Mouse History, believed that there were two versions of history that confused the average American's understanding.  There was the stale, boring history that was taught in school and the version that invigorated daily experience, enhanced our every activity, and, most importantly, warned us of the dangers ahead (corporate incentives versus our own).  Most people thought of the stale stuff as "History" and the exciting or more useful part was just incidental information that you picked up on the fly, "common sense" we call it… actually, that was history, too.  It just isn't taught to us that way in school because of publishers favoring the capitalist view... the one that downplays reason and constructive criticism in favor of willing, malleable puppets.  I know this seems harsh toward the corporate world, but really?  What do we have in common?  I don't fly in private jets or cruise on my own yacht... neither do you.  You and I struggle every day.  That's not the corporate life and believe me... they live in an alien world and they see us as alien creatures as well.  We have absolutely nothing in common with corporate "people," so please don't tell me that they're patriotic or have our best interests at heart... at the first sign of an organized popular revolution like Occupy Wall Street winning, they'd hop their private jets and head for their private compounds in South America and eat at their private restaurants.  To them, education, especially history education is dangerous to corporate needs because it feeds popular reaction.  Educated people prefer democracies over oligarchies.  Shame on us, huh?