This is a thread from "Mr. Spock" on twitter about one of the greatest threats our democracy has ever faced! These are America's Dark Ages!

You will note several similarities in the following thread that may sound familiar if you are used to studying history - particularly the Civil War. This is the racist "white man's" theology of the South's "god of the slavemaster".. now the dominant domain of Republican political ideology!

In Star Trek, one of the core story lines was the Dominion war. But it was mostly in Deep Space Nine. It was originally aired in the 1990s. But it was really speaking to America. Because America is truly at war with the Dominion, here and now. Dominion theology is Christian [in origin].

Political ideologies that seek to institute a nation governed by Christians based only on their personal understanding of Biblical law. Dominionism is a label that only applies to certain groups of Christians within the United States, nowhere else on Earth does this apply. [One particularly anti-American - and Southern neo-Confederate - one is "Church of God Evangelistic Association" operated by David J. Smith]

Dominionism is a radical movement, it cloaks itself in the mantle of Christian faith and American Patriotism, when what it is actually trying to do is dismantle democracy. These people put themselves on a pedestal and dictate the morals of a country based on their limited subjective views that they cherry pick from the Bible and ignore the parts that would effect them. So for example, they will press for oppression of LGBTQ, but not divorce or adultery. They are raping the faith of millions and calling themselves moral whilst acting amorally.

Dominionism has a belief in magic along with adoration of a leader - sound familiar? They believe in the supremacy of a master race, this master race is the bastardised version of American Christianity where Jesus is white and protects only America 🙄🙄🙄🙄🙄

But most importantly, the give away is not on what they say, but on how they act. The Dominion movement is a totalitarian movement, exploiting those of faith, but of people that don’t truly understand their faith. They will use religious and patriotic language, usually combined. For example, one cannot be truly a patriot American unless you are a Christian, but not true Christianity, it has to be the White bastardised version of Christianity. Everyone else is the enemy. Everyone else is evil and must be eradicated. One must do as they say.. 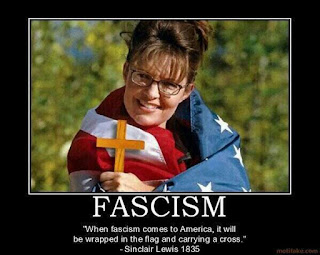 It is the only way to be a Christian and American [according to Dominionism]. Adhere to all of their rhetoric. Find a leader to adore, no matter how unethical he is [GOP's Donald Trump in this case].

So what is their ultimate goal? A legal system based on “Christian Values.” Labor unions & Civil rights movements will be abolished. It will form the basis of the educational system. Women will be removed from the workforce to stay at home [if this reminds you of the "Handmaid's Tale" series on Hulu, you're not wrong!].


The most important book for the Dominionist is the “Institute of Biblical Law,” which calls for a Christian society that is harsh, unforgiving and violent.

It calls for the death penalty of LGBTQ, blasphemy, astrology and incorrigible juvenile delinquency and women only to be chaste before marriage. The book calls for the Christian United States. There are 2000 radio stations feeding this in America and 6 TV channels. Right now!

So who are the poster boys of Dominionism? Well Pat Robertson for one and I’m sure that surprises no one.

Here’s an article from 2006 which speaks of the rise of Dominionism.

This is why WE HAVE TO STICK TOGETHER. We cannot ever allow this Draconian society to occur. This is why we must call out this fake version of Christianity which is all about white straight men having all of the power. We must say no. Never surrender.

"If the Democrats in the Senate try again to usurp the President's constitutional authority by filibustering, there will be a battle of enormous proportions from sea to shining sea." —James Dobson


Politics is religion, and the right is getting ready for the end times


The Evangelical Civil War: An Interview With Russell Moore - Bloomberg ]

Can you understand why tRump is so important to them and their movement?

So the religious right now have 30 million active voters. They go out and vote no matter what. This is why we must ALWAYS VOTE.

None of my tweets I must add are attacking Christians. Real Christians. Not at all. Christians are needed to push back, to speak the truth, to say no to the cheapening of their daily spirituality. I think America needs true Christians now more than ever, to speak out more.

My thanks to Mr. Spock for his ever logical and fascinating analysis!

I have written a quite a few blog entries myself on Southern conservatism combined with theology and originating from early American piracy and crime:

"Quest for Blackbeard" and the "Counterfactual" Politics of the South

Why do Poor White Voters Vote Against Themselves?

Pirates and Capitalists: Two Sides of the Same Coin

The National Rifle Association in a Culture of Terrorism

Republicans were Liberal Before the Confederacy Took Them Over!

Responsibility in Business: Imperialism, Africans, and Rice in the South Carolina Trade

The Mueller Report: Watch As We Read The Whole Thing Live


A 12-hour long reading of the Mueller Report... it starts slowly, so be patient.
https://www.youtube.com/watch?v=G73iRRgoLKg
Posted by Baylus C. Brooks at 7:53 AM No comments: