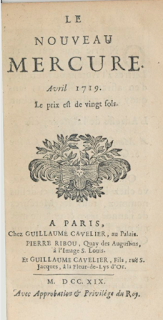 We got advice from Vigo, that the two [frigates] crossing along from the Galician [NW Iberian Peninsula] coast, had brought there two Ostend shipowners whom they had removed [taken] on the 3rd of this month, 20 miles beyond the Canary Islands: they had taken up at the same time a Spanish vessel coming from Mexico, richly loaded. A [frigate] of 40 pieces of cannon & 200 men of Crew, similarly led in the port of A Coruña [port in Galicia] a large merchant vessel, carrying the imperial flag, which it had taken towards the Cape of Saint Mary [Newfoundland]. This same [frigate] to have brought an English forban [pirate] there that she had met near Cape S. Vincent.

By Letters from Barcelona of the 4th of this month, we learned that the convoy which was in the harbor of this place, had been held there for 10 days by the headwinds. There were still 15 ships from Alicante [port of Valencia, Spain] waiting for them, under the escort of a warship & a frigate.

Two Engineers were ordered to go to Terragona [Mediterranean coast of Spain], to hasten the works on this Place, & to add new works there. These Engineers must then go to the Isles des Alsache [Alsace, France]; which are at the mouth of the Ebro [river in Spain], to build some redoubts there. 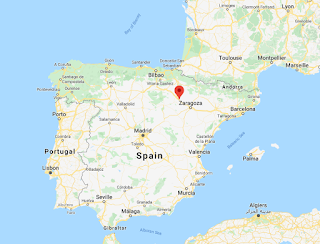