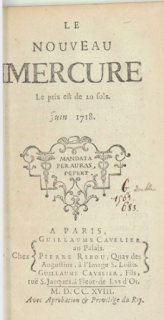 SPAIN, AND PORTUGAL
In Lisbon, June 8

... A large English forban [pirate] having entered the River on the 3rd during a very thick fog, landed a vessel of his Nation, which to have its charge, cut the Cables, took it away with impunity: it has just arrived a [French frigate] which led here a Corsair of Salé, assembled of 38 pieces of Canon & 130 men of crew: He had taken an English vessel coming from the Ladders of the Levant.

We have just heard that the flotilla from Brazil was within reach of the Coasts of Portugal. Two richly loaded Spanish vessels, coming from the South Sea, before met on their way to the sea, joined her to take advantage of her escort, & for not to be surprised by the Forbans [pirates] who crossed in these Seas.

... On the 30th, we learned that 3 Maloinish [Malines, the French name for the Flemish city of Mechelen in modern Belgium] Vessels escaping from Sieur Martinet in the South Sea, have returned to S. Malo. Their return consoled the Maloins a little for the loss of the former. There is no more surprising advance war than that which happened to them on the way. They meet at the height of S. Domingue, 2 pirates, one of 250 men of crew, & the other, of 200. These before sent on board a boat with six officers, came to offer them piastres, to barter for some goods they said they needed. They were gladly satisfied on the spot: But, the boat would not soon have rejoined its vessels, that these pirates were flying the black flag with the skulls. As the Maloins were too weak to resist, they decided to echo each other, at the risk of perishing. Honestly for the latter, it rose a moment after a wind so violent, that it raised them up and threw them back into the open sea, without being damaged. On the contrary, these corsairs having begun a little too much to follow their [prey?], the same wind which had saved some, soon caused the loss of the others; since the largest of these pirates went to burn a moment later, against a Rock, & the second was carried on a sand bank where he ground. It was not possible for the Maloins to approach it, because the wind thwarts they deem it more appropriate to continue their journey. They report that there are on these 2 vessels, more than 12 million in piastas, taken from the Portuguese. 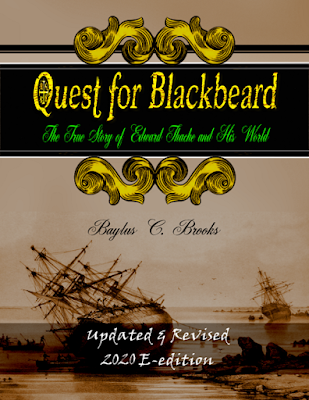